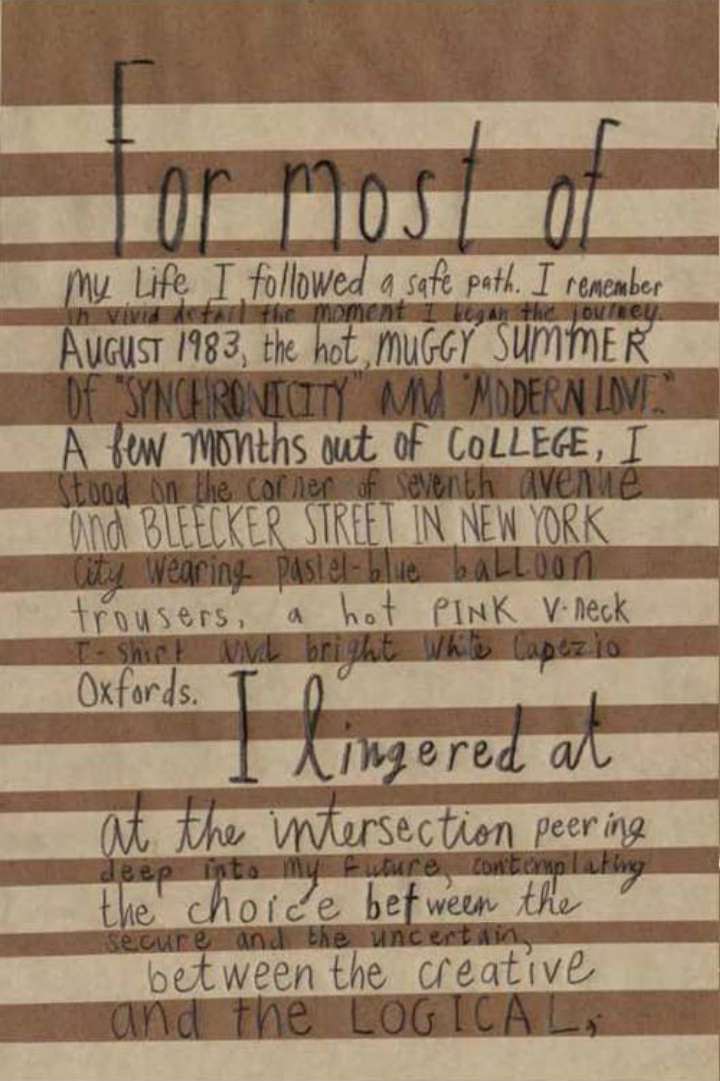 From “Look Both Ways” by Debbie Millman (photo from Brain Pickings)
1.) Criticize–but do it kindly. Daniel Dennett tell us how:

How to compose a successful critical commentary:

By the 1730s Franklin was riding down an information superhighway of his own construction, and the constant stream of information made him a savvy politician in Philadelphia. A celebrity and an entrepreneur who printed both a newspaper and an almanac, Franklin had collected a few enemies by the time he ran for the position of clerk of the general assembly, but Franklin knew how to deal with haters.

As clerk, he could step into a waterfall of data coming out of the nascent government. He would record and print public records, bills, vote totals and other official documents. He would also make a fortune literally printing the state’s paper money. He won the race, but the next election wasn’t going to be as easy. Franklin’s autobiography never mentions this guy’s name, but according to the book when Franklin ran for his second term as clerk, one of his colleagues delivered a long speech to the legislature lambasting Franklin. Franklin still won his second term, but this guy truly pissed him off. In addition, this man was “a gentleman of fortune and education” who Franklin believed would one day become a person of great influence in the government. So, Franklin knew he had to be dealt with, and thus he launched his human behavior stealth bomber.

Franklin set out to turn his hater into a fan, but he wanted to do it without “paying any servile respect to him.” Franklin’s reputation as a book collector and library founder gave him a reputation as a man of discerning literary tastes, so Franklin sent a letter to the hater asking if he could borrow a selection from his library, one which was a “very scarce and curious book.” The rival, flattered, sent it right away. Franklin sent it back a week later with a thank you note. Mission accomplished.

The next time the legislature met, the man approached Franklin and spoke to him in person for the first time. Franklin said the hater “ever after manifested a readiness to serve me on all occasions, so that we became great friends, and our friendship continued to his death.”

What exactly happened here? How can asking for a favor turn a hater into a fan? How can requesting kindness cause a person to change his or her opinion about you? The answer to what generates The Benjamin Franklin Effect is the answer to much more about why you do what you do.