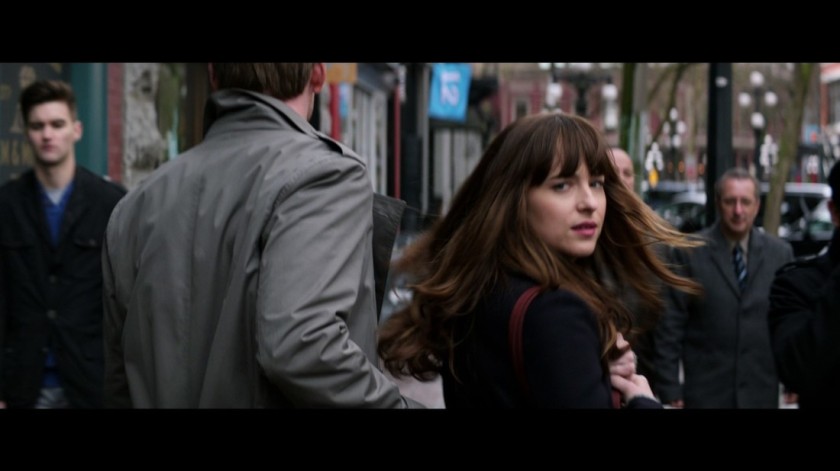 Frankly, I really have no one else to blame but me for inflicting this movie upon myself.

Mike, a good friend and one of the people behind Black Box Collab, invited us at TEAM to a special screening of ​Fifty Shades Darker at Newport Cinemas, sponsored by Japanese condom brand Okamoto. Despite how I already  had low expectations of the movie after seeing the first one (after all, anything that proudly claims to have been inspired by Twilight should be eyed with much suspicion), I wanted to see how they could take story further after the much-panned Fifty Shades of Grey.

My hunch was right: the second movie offered no redemption from the already clunky premise established during the first movie.


If you endured watching Fifty Shades of Grey, you would know how the affair between Christian Grey and Anastasia Steele began with the former creepily stalking the latter’s every move. Granted, one might argue that the dominant/submissive relationship was entered by two consenting adults, but Ana being portrayed as a virgin opens a can of worms: her virginity did not seem to be a choice anchored on being an empowered sexual being; to me, it seemed that she meant to keep herself “intact” for someone she loved–which Christian exploited to his end.

The second movie, in a lame attempt to humanize Christian, reveals that Christian’s motivation to subjugate women stems from a lingering trauma from his childhood–to get back at his drug addict of a mother. However, this only makes it more apparent how the movie creates a fantasy that love is a cure-all for unresolved psychological problems.

We are made to believe that Christian is a changed man because of his love for Ana. But real life is rarely like that: love does not magically make everything better. If anything, narratives like these create a false sense of hope among people stuck in abusive relationships that they can fix their partner, and that they need to stick up with abuse until things get better. It puts the responsibility on the person who can’t change their partner to become an emotional crutch of sorts.

It also encourages people with messianic complexes to manipulate their partners to their liking, when everyone should be taught instead that they should not enter a relationship if they are secretly aspiring to change their partners, or if they have lingering, non-negotiable issues about their partners’ characters.

​A day before I saw Fifty Shades Darker, an acquaintance confided to me over Facebook that his partner cheated on him, but he couldn’t muster the strength to leave him despite repeated incidents of infidelity. His love held him hostage, not unlike those suffering from Stockholm syndrome.

I felt sad about his situation, and it angers me how Fifty Shades Darker normalizes and romanticizes abusive relationships such as his. A healthy relationship is founded on mutual respect and trust, not on treating your partner like chattel or your salvation from your inner demons.
​