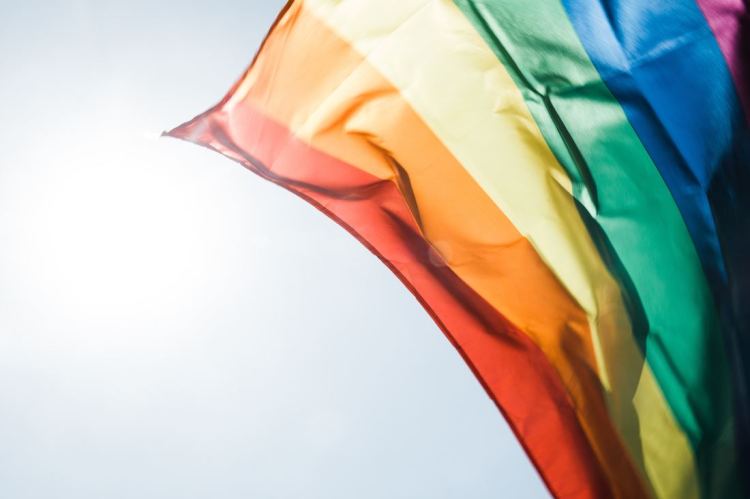 This essay was delivered during the launch of Baker & Mackenzie Global Services Manila’s LGBT+ Circle Allies Program in Taguig on June 23, 2017.

My mom is not a bad person. I’d like to think she’s not. Like most mothers, she did the best she could, with what she had.

But not being a bad person doesn’t mean that one is faultless.

At twenty, when I was struggling to come to terms with my sexual orientation, I came out to my mom. I remember it quite vividly. It was late evening, and she was on her bed, and I entered her room quietly. I asked if we could talk. I was crying back then. It felt like I had failed her with what I was about to admit:

She didn’t pause. She told me that it was going to be a sad, difficult life. I couldn’t blame her. Our church made all of us believe that being gay was a sin. I was a sinner not by choice, but because I was born gay. Even I believed that for years. I remember buying a pamphlet at the church bookstore about how homosexuality was from the devil, and I could cure myself by praying hard.

Trust me, I did. At our church’s summer youth camp, I closed my eyes so hard when the pastor asked us to pray our sins away.

I opened my eyes and there I was: still gay.

To be told for years that your life was a sham can be a soul-crushing thing. Moreso, when the person you expect to love you and understand you would tell you that your life was just wrong. The rejection from my mom was a push, and I spiraled further into depression.


​I was fortunate though that the comfort I didn’t get from my mom back then was willingly given by my straight friends. June. Gretchen. Annabs. Che. Edz. I wish I can name them all, but my time wouldn’t enough to thank all of these people who stood by me, without judgment. At my lowest points, when I questioned if my mom’s prophecy that I was destined for a sad life, I was surrounded by people who didn’t share the pains of being gay, but offered their wholehearted understanding.

My story is not any special, even if I delude myself into thinking that I am a special snowflake. Every day, there are thousands of men and women from the LGBT community who get rejected by their own family members. Many queer people suffer violence from people who refuse to understand how it feels to be gay.

Like my mom, they are not inherently evil. They are as normal as you and me. Except, like you and me, they tend to fear what they do not understand. It’s a primal reaction: to fear what isn’t like us.

I believe that visibility does a lot towards creating a space for empathy. But I am not talking about mere tolerance. I wish for a world when people would accept that the diversity of human experience is what enriches humanity.

My quest for greater visibility has led me to work with fellow advocates. My work with TEAM, the country’s only existing magazine for gay men, allows me to empower many gay men like me, and gives us a voice that we use to get us heard by more people. It allows us to dispel the myths that have been propagated and continuously reinforced by mainstream media, just because it is what sells.

Meanwhile, The Philippine LGBT Chamber of Commerce, wherein I sit as board member, strives to integrate more LGBT professionals in the workplace. By empowering LGBT people economically, we hope that this gives them a chance to be respectable citizens, not mere victims, as the media would sometimes like to portray us.

But of course, much work needs to be done. At TEAM, we are still a small, struggling voice facing the torrent of misinformation. At the Chamber, we are still trying to figure out how many companies are truly welcoming of LGBT people. Baker Mckenzie is one of these companies, but how about the majority out there? How many business owners, should you ask them now, would immediately say that they would not reject an LGBT professional? What potential are we all missing out just because LGBT people continue to experience discrimination, preventing them to live openly?

Much work needs to be done.  And we couldn’t do it without the help of our allies. It’s not enough that you say you are a friend, but we hope you truly stand up and defend us when we face discrimination.

​When a trans woman goes into the women’s toilet, don’t just keep quiet when people push her away. She has all the right to be there.

When a gay man is mocked because he is too feminine, don’t keep quiet and perpetuate this hatred towards femininity. Because ultimately, this is thinly-veiled misogyny: a hatred towards womanhood, an ingrained belief that femininity is a sign of weakness.

There’s a quote that I like by Martin Luther King, Jr. which goes: “Injustice anywhere is a threat to justice everywhere.” When you turn a blind eye towards the injustice being perpetrated to your LGBT brothers and sisters, remember that you allow a wrong to be normalized.

History tells us that it doesn’t take inherently evil people to commit acts of atrocity. Sometimes, it is normal, decent people like you and me who often passively allow evil to prevail.

But it is also normal people like you and me who can band together and do something good for other people.

​Without my friends, I would probably not be here. At twenty, I almost killed myself because of depression. Luckily, I survived, and I found people who supported me.

I hope all of us become one to someone who needs us the most.

View all of Evan Tan's posts.